What Can Actually Get You Penalized By Google?

I see people asking all the time about will this or will that get my site penalized by Google. People have feared incurring the wrath of Google for everything from having duplicate content on their pages to changing a few title tags to using a favicon that was different from their logo.

You probably think I’m joking about that last one. I wish I were.

Over the years, many website owners have developed a deep fear of Google and seem to think that they are just handing out penalties left and right. The truth is, in the grand scheme of things, it is pretty rare for a website to get penalized by Google.

But what can bring the wrath of Google crashing down on your head?

Let’s take a look at some actual examples of things that could get you penalized for.

The honor of the most famous penalty handed out by Google is arguably still held by now bankrupt retailer JCPenney. It was the first real SEO story to go mainstream.

In 2011, the New York Times published an article titled “The Dirty Little Secrets of Search”. The gist of it was that someone could not figure out why JCPenney ranked highly for basically everything they sold. The NYT found themselves an SEO to take a look at it.

What they uncovered was an enormous link scheme. They found thousands of unrelated websites linking to JCPenney’s web site. Many of the sites contained nothing but links. Many of the links contained highly descriptive anchor text.

As soon as the story broke, Google was shamed into action. Although at the time Matt Cutts claimed that Google’s algorithms were starting to work against the site, they had no choice but to take immediate action. JCPenney was more or less banished from search results for several months.

When asked about it, JCPenny claimed they didn’t know anything about the links (likely true) and immediately fired their SEO firm, SearchDex.

This was a scheme on a pretty massive scale. It wasn’t the size of it though that ultimately brought on the penalty. It was the blatant obviousness of what they were doing.

Rap Genius was another one that got hit by Google for a link scheme. Rap Genius allowed bloggers to add links to its lyrics content in exchange for Rap Genius then tweeting the posts from those bloggers.

This little arrangement was brought to Matt Cutts’ attention in 2013, on Christmas Eve, no less. On Christmas Day, Rap Genius was no longer ranking in the top page of search results for its own name and saw traffic from lyrics-related searches plummet.

Cloaking involves showing different pages to users than what is shown to search engine bots.

This has been going on for as long as I can remember. Does it still work today? Yes. Right up until it doesn’t. Eventually Google catches on and the site will be penalized.

Probably the most popular case of this happening was BMW. It was one of the first penalties against a major brand. They were creating landing pages relating to the search term “used car” which were either cloaked pages or redirected to their home page when users hit them. Their penalty only lasted for 3 days.

This is another link penalty, but it is the site giving the links that generates the penalty. It’s very common anywhere that users can sign up and leave links with little to no moderation.

You will see this most often on forums, guestbooks (yes, they are still around), social bookmarking sites, any site that allows you to create a public profile with links, and PDF submission sites.

Forums are especially a problem and without a good moderation process in place and a good mod team, you can find yourself quickly overrun with trash links.

Mozilla (the makers of Firefox) got hit for this one back in 2013.

Doorway pages are a bit of a grey area and SEOs’ opinions of them seem to be a bit of a moving target.

According to Google, a doorway pages are pages that exist only to rank well for particular keyword phrases in SERPs, while providing little value to the user.

The first half of that sounds like what most SEOs are trying to do though, right?

The most common example of doorway pages you will see are those used in local SEO for locations around an area. Lots of local businesses will have different pages set up to target searches in different towns around them. The content is pretty much identical, usually just swapping out town names.

Technically, these pages are classified as doorway pages by Google and could warrant a penalty. I said above they are a grey area because there is no denying that they work really well and Google has failed to take any kind of meaningful action against the practice.

Things That Won’t Get You Penalized

What are some common things that people think they are likely to get penalized for from Google, but in actuality won’t bring a penalty.

Without a doubt, duplicate content immediately jumps to the head of this list. Almost every question I see asking about getting penalized by Google, involves some sort of duplicate content.

I am going to say this once.

Read that again if you need to.

I don’t care if you take an article from another site and post it word-for-word on your site. Google will not penalize you for that. Now, it is copyright infringement and can get you into all sorts of trouble with the content owner, but you will not get a penalty from Google.

What Google will do is rank the most authoritative version of that piece of content for any search query, and the other version will usually be relegated to the supplemental SERPs.

While this may feel like a penalty, it is not. The moment your version of that piece of content is deemed to be the more authoritative version for a given search query, you will start showing in place of any other duplicates.

People also worry about duplicate content penalties if they are writing about topics that are closely related. I’ll never quite understand this one, but no, Google will not penalize you for “duplicate content” if you write an article about “best sleep aids” and then another article about “best sleep supplements”, even if those two articles mention some of the same solutions.

Wait? What? I thought Google penalized sites for buying links.

Yes. They certainly do, but I’m including buying links in this section because I believe there are some strong misconceptions about it.

Buying links is certainly against Google’s ToS and they would certainly penalize your site if they knew you had bought links for the purpose of ranking higher.

However, unless you are going to send Google a copy of the paid invoice, a copy of the email exchange outlining the agreement to purchase links, or some other definitive and incriminating evidence, how would they know? How could they be certain that a link is any different from an editorially placed link on a page?

If you are careful in the sites you choose and in the anchor text you use, there is no way you would ever get penalized for buying links.

Not Having Enough Nofollow Links

Another one that started as a small myth and just got way out of hand. Some people worry that if a large enough percentage of their link profile is not made up of nofollow links, that it is “unnatural” and Google will reign down fire and brimstone upon them for it.

Going back to around the time when Penguin was released, Matt Cutts did a video talking about nofollow links. In that video, he mentioned that out of all the links Googlebot crawls, only about 2-3% of them are nofollow.

Around that time, this stupid myth started popping up about how you had to have a certain percentage of nofollow links in order for you link profile to look natural to Google. Combine that with Google’s scare tactics of trying to get people to add nofollow to outbound links that they didn’t “trust”, and now today it is not uncommon to see websites where 20-35% of their link profile is nofollow.

The TLDR of that story is SEOs F’d it up.

Getting Links From Low DA Sites

I can’t believe I even have to address this one, but I have seen it asked more than once. There is a myth flying around out there that if you get links from sites with low DA, you are likely to incur a penalty to your site.

Besides the fact that DA is highly inaccurate and a terrible metric to base anything off of or the fact that Google has no idea what the DA is of any website on the internet, this is just a ridiculous idea. 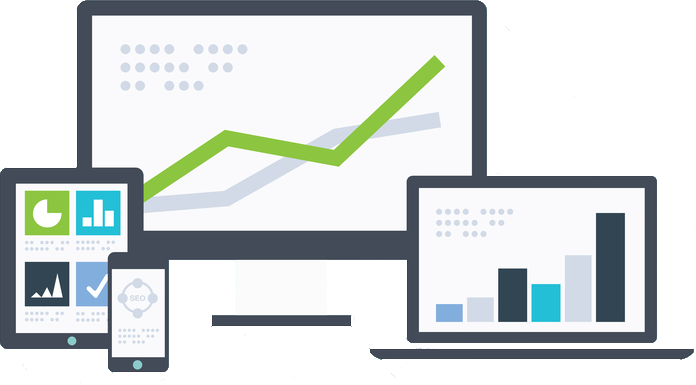