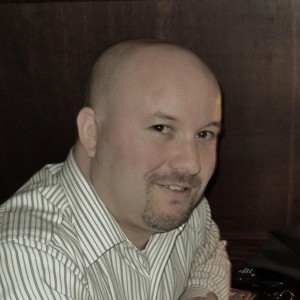 My Experience With Yelp Advertising

There has been a lot of buzz about Yelp lately, most of it not very good. Such as their recent “Ghost” update where legitimate reviews seem to be disappearing rapidly for many businesses.

I frequently receive calls from Yelp salespeople trying to get me to advertise on their platform. I have had a few customers do it with varying levels of success.

Although The SEO Pub ranks well in Yelp (I fully expect that to change if any of them read this), I have never received a single qualified lead from Yelp. Never received an unqualified lead either. In the previous 22 months, I had received a total of 24 visits to my Yelp page, and I would venture to guess that at least 10 of those were me.

I firmly believe that businesses are not searching for my line of services in Yelp. It’s just not where business owners go to find a search engine marketing agency.

Nevertheless, I let the saleswoman talk me into giving it a try. What the hell. I’ll throw a few bucks at it and see what happens. It’s a PPC platform, so I’m only going to pay for worthwhile clicks most likely.

The saleswoman from Yelp was nice enough and eager to help get me started. She even volunteered to update my Yelp listing for me using content from my website. I had not touched my Yelp listing in a long time, so it needed a bit of a refresh.

Great. One less thing I have to do.

Then she walked me through setting up the ad campaign. It is a very simple process, but there is one thing you should be aware of: the budget.

When we got to the budget screen I was presented with several options for setting a “daily” budget.

Now I’m familiar with other PPC platforms. For example, in Google Ads when you set a daily budget, your ad spend will sometimes go slightly over that budget on any given day, but for the month you will generally end up spending your daily budget multiplied by 30.4. Although you will go over the budget once in awhile on some days, Google keeps from going far over the budget so you don’t spend your monthly budget in just a few days.

Knowing this, I specifically asked her, “If I set a budget of $10/day, that means on any given day I will never spend over the $10, correct?”

Her response was, “Yes. That is right.”

Now keep in mind I had her on the phone with me as I am doing this. We are setting it up together. I assumed I could ask her questions like this and get the correct responses instead of reading through everything myself.

Even if you read what is on the screen on this page, how your budget will be spent is about as clear as mud.

I was a little disappointed that Yelp gives you no options on search phrases to target or even a negative keyword list, but again, I figured this was going to be an inexpensive experiment.

The first 5 days, I received zero clicks. I stopped checking it daily, figuring I was right and nobody searches for my type of business in Yelp. I decided would check back in a few days, if I still see no activity, I’ll just turn it off.

So I check back a few days later. I received one click on December 6th and one on December 8th. Okay, great. A little bit of activity.

Yep, turns out when you set your “daily” budget, what you really are setting is a monthly budget. When I set my $10/day, what I actually told Yelp was, “Here’s $300. Spend it however you see fit.”

There is no way to set a max CPC.

If I had not checked back on this when I did, I might have spent the full $300 in just a couple of days.

Now, you might be asking how did those clicks perform? Of course, if I got a customer out of it, the ads still more than pay for themselves.

I got one “lead”. A request for a quote.

I have no idea how I showed up in a search when someone was looking for a printer or how when they landed on my page they got the idea that I did printing.

I spent $173 to get a lead that has nothing to do with my business. Awesome. Great job Yelp.